This baked donuts Thermomix recipe produces light, fluffy donuts that are delicious either dipped in cinnamon sugar or glazed with a sweet sticky frosting. How do you like yours?

My kids ask for these Thermomix donuts nearly every week! I often bake up a batch and take them to the school gates for pick up. And let me tell you I am one popular parent on those days, lol.

I usually mix up a batch between cinnamon sugar donuts and frosted donuts. You can play around with food colouring and sprinkles to make iced donuts as fun looking as possible - these are always a hit with the kids.

I have experimented with this recipe quite a bit and am now happy that the following ingredients produce the best baked donuts - they are light and fluffy and delicious.

I find they are equally good with a dusting of cinnamon sugar or a sticky sweet glaze - so whichever you prefer.

I definitely notice the difference between adding the yoghurt and bicarbonate of soda vs just milk. It makes a much lighter and fluffier donut vs a cakey / bread-like consistency. 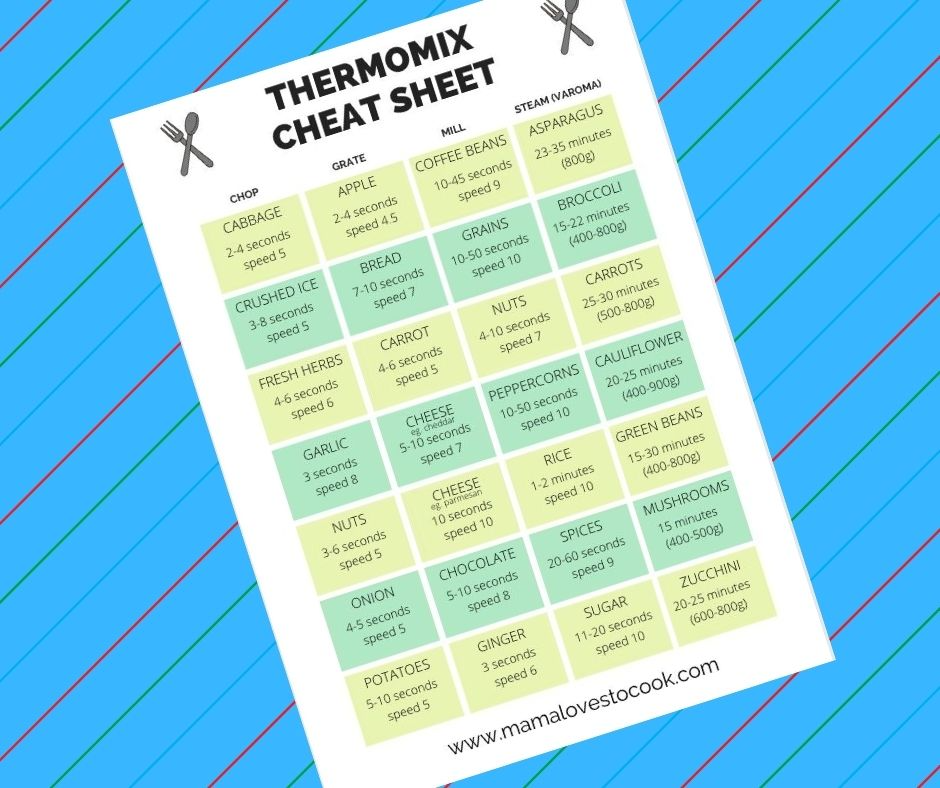 How to make Thermomix Donuts

First pre-heat the oven and lightly grease your donut tins.

Next mix up the dry ingredients - flour, sugar, baking powder, bicarbonate of soda and cinnamon. Set aside.

Finally return the dry ingredients and mix everything together. Note that this final step of mixing is very short - just 7 seconds.

Don't be tempted to mix for longer or the batter will be overworked and the donuts will be heavy. If you feel the batter isn't properly mixed, just give it a couple of extra stirs with a spatula.

To fill the donut tin, you can either transfer the batter to a piping bag and pipe it into the donut tin, or just use a large spoon. It can be a pretty messy business so see which way works for you best.

When filling the donut tin, be careful not to over-fill it. These donuts rise quite a lot in the oven and so will rise right over the hole if you over-fill them. I usually go for ¾ full.

Now just pop them in a pre-heated oven for around 10-12 minutes until golden brown. In my experience, they are browner on the bottom side, so don't wait for them to be too brown on top.

Leave to cool in the tins for a couple of minutes and then transfer to a cooling rack.

To make cinnamon sugar donuts, it is best to put the topping on while they are still warm. Mix together the sugar and cinnamon on a plate or shallow bowl.

Brush the top of the donut with melted butter then immediately dip in the sugar/cinnamon mixture. Keep pressing it down and rotating until you have enough sugar coating it.

For frosted donuts, it is best to wait until the donuts have completely cooled before icing. Adding frosting to warm donuts will cause the icing to seep into the donut.

To make the donut glaze, first whizz up the icing sugar for 10 seconds / speed 9 to ensure there are no lumps. Then add the other ingredients and mix.

If the glaze seems too runny, add a little more icing sugar. If it seems too thick, add a drop more milk.

To glaze the donuts, you can either place the frosting on a plate and dip the donuts in, or use a spoon to drip it over the top of the donuts - experiment and see which method works best for you.

If you want to use sprinkles, make sure you sprinkle them over the icing straight away, before the icing sets.

What kind of flour is best for donuts?

Plain flour works best with this recipe. I use a high quality bakers flour, combined with baking powder. You could also use self-raising flour and omit the baking powder.

Do you have to use a donut pan to make donuts?

Having a donut pan definitely make it a lot easier to make donuts. If you don't have one, you could use a muffin pan but you obviously won't have a hole in the middle.

Traditionally donuts are deep fried. However this recipe is for oven baked donuts and they are every bit as good! Baking donuts is easier and healthier - win, win!

Should I put the donut toppings on when warm or cool?

If you are making sugar donuts, it is best to put the topping on while they are still warm. For glazed donuts, wait until they are completely cooled or the icing will seep into the donut.

Frosting donuts can end up in a bit of a mess of your kitchen worktop. So line underneath a cooling rack with baking paper and leave the donuts on a cooling rack while the frosting sets, then any drips will drip onto the paper.

These donuts rise quite a bit in the oven so be careful not to overfill the tin or they will rise so much that they cover up the hole in the middle. ¾ full is fine.

If you want light fluffy donuts, then don't over-mix the batter. The final step only mixes for 7 seconds. If you need to mix a bit more, just use a spatula. 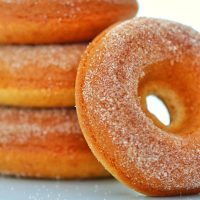 Hi I'm Marianne and I'm a Mama who Loves to Cook! Come share in the cooking fun as I search for recipes for easy family dinners, lunch box fillers, baking, cookies, cakes and more.. 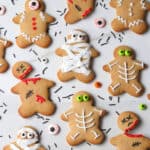 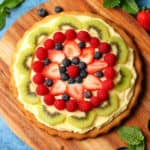 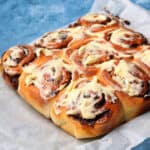 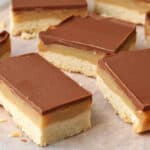 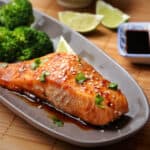 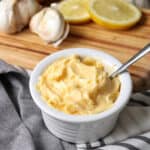